Have you ever written a blog?

How many times have you been asked, "Have you ever written a blog?" Being a marketing chap,  I've been asked this question a dozen times and have always deflected the question by saying something silly like "Oh, I don't need to, I write a diary" or "umm, I've never found the time" or my best answer so far "I'm better at reading blogs than writing them". In retrospect, I think those were silly excuses and nothing more.

I'm what one would call an armchair blogger - I love reading my friends blogs and am satisfied with the warm fuzzy feeling I get after reading them. For some reason, I'd rather read blogs than create one for the world to read. I guess I'm waiting for the "right time" to do it.

Well, as it happens, the time is now.

I've enrolled myself for an Internet Marketing class and though I won't fail if I don't start a blog of my own, I've realized something that will help me get better at understanding the subject itself.

Expect to read stuff from me on things like technology, movies, food, sports, cars, education, sex.... (haha....just trying to see if you're still reading this post!). Well, I'll write about something that interests you at some level I'm sure!

I'd like to give you guys a brief background about myself so that you can think of stuff you want me to write about.

I'm from India and have lived most of my life in and around New Delhi - which is also the capital of India. My father was an Army officer, so I've had the privilege of traveling to various parts of the country, whether it's the beautiful state of Jammu and Kashmir in the North of India or to West Bengal in the East of India. Being an Army kid was fun because I got to do cool things that other kids my age may not have had the chance to do. 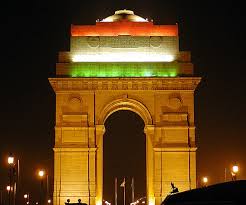 I love playing football (soccer for those of you who don't want to confuse it with Australian Footy) and have been part of my school and college teams. If there's one thing that I miss from back home it is the chance to play football with my friends. I've been in Australia for 8 months now and haven't played a single game of football. That makes me sad :( (Is there anyone out there who wants to play in Uni or anwhere around Canberra? Just leave me a comment) 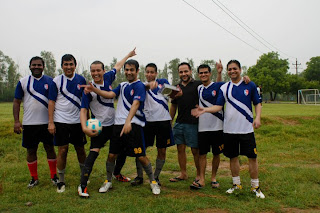 Cooking and baking give me a chance to unwind because I can experiment and make what I want. I love cooking chicken and mutton (goat) curries as well as roast chicken. I don't follow a fixed recipe most of the time which is fun because the food tastes different each time - different but tasty none the less! If you guys want me to show you how to make an awesome chiken curry in 30 minutes, let me know! Heres a few samples of what I've made recently.


I've got to run along now so I'll end this post - but if there's anything that you want me to write about in my next post, let me know! :) (Recipe for the awesome cake perhaps) :)

Leave your comments below and I'll get back to you soon!

Posted by ElliventyElliven at 8:21 PM